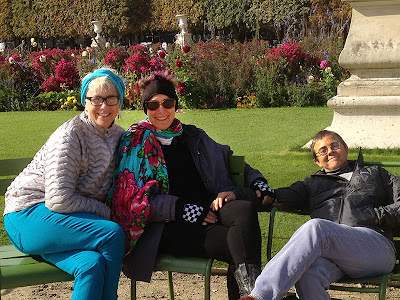 Friends were just asking me where we stayed in Paris in October, so I thought that it was about time to share some pics of our trip. Sue and I decided to head to Paris for our 20th anniversary and were joined my sister Allison and her girl Midge. We shared a 5th floor walk up apt at 55 Rue Saint-Louis en l'Île that offered ever changing rooftop/sky views and shelter from the rain. It was a particular relief when the four of us made it up and through the apartment doorway! 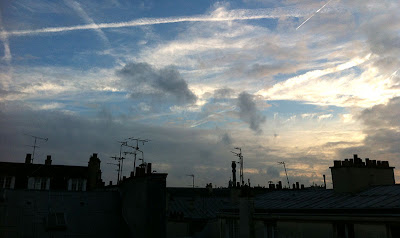 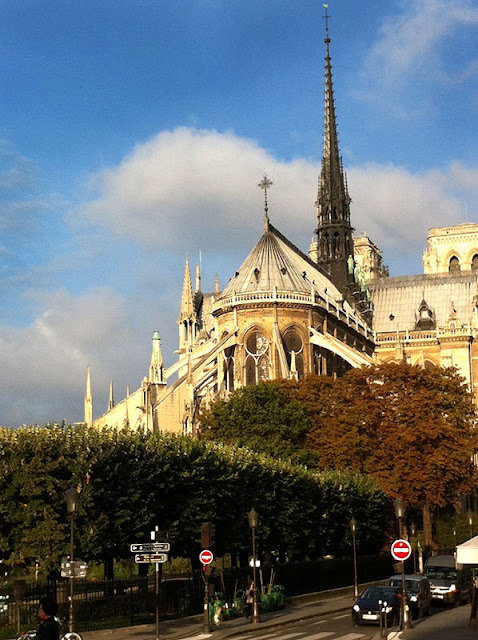 Notre Dame and all of its' glory was in our front yard. We barely stepped inside of the church but walked by at least once a day. 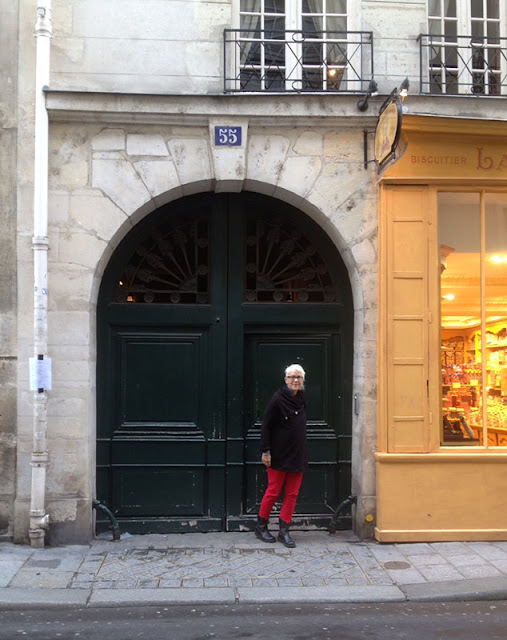 Al in our doorway! 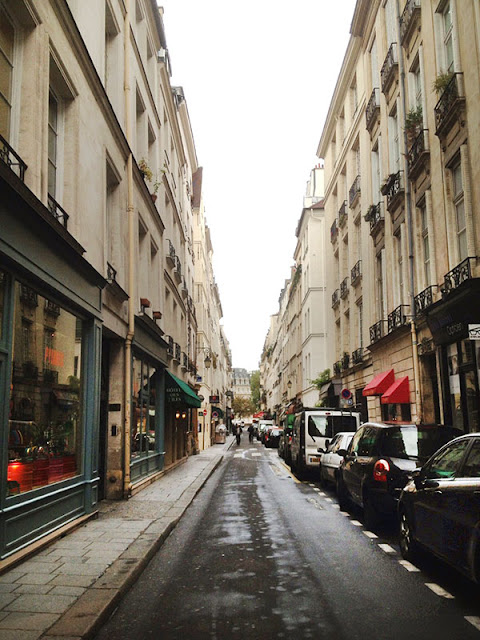 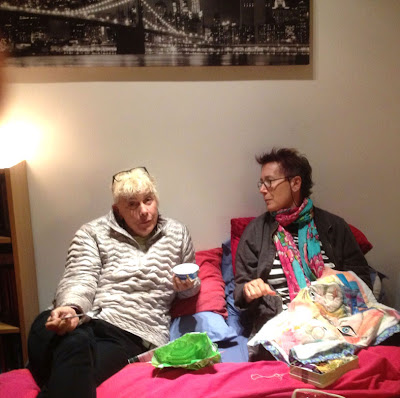 Eating and stitching around the world! 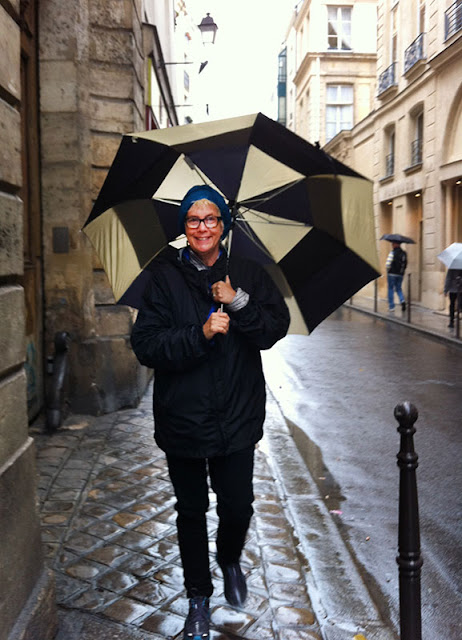 It was quite rainy the whole time we were there. Here is Al trying to stay dry.
We tramped all over town in the cool rain, and one of my personal goals was to stay upright and avoid if possible, a crash and burn on the slippery cobblestone sidewalks.
Our longest around town journey took us about 8 miles.
Over the week we managed to get to: 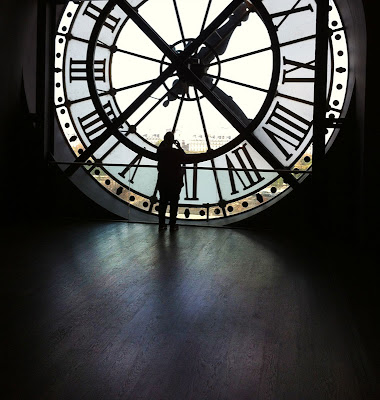 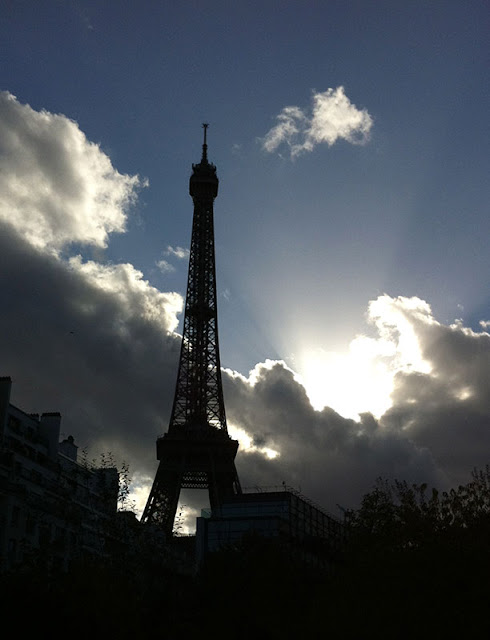 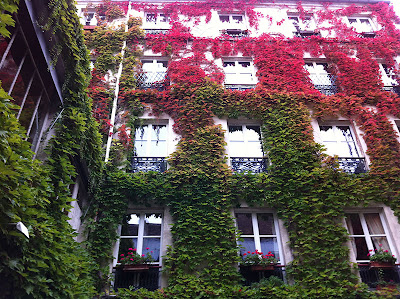 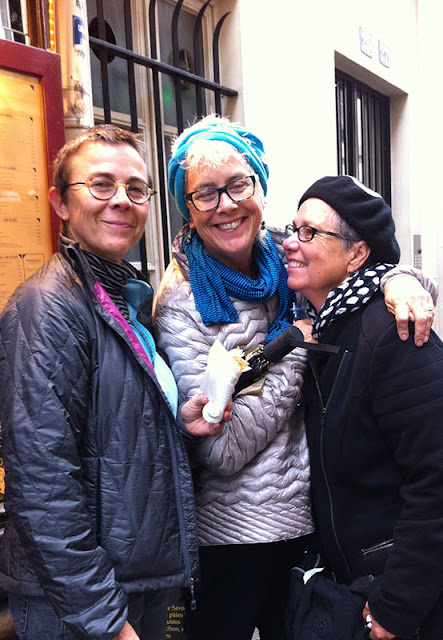 the Latin Quarter
Sue, Allison and Midge with a crepe! 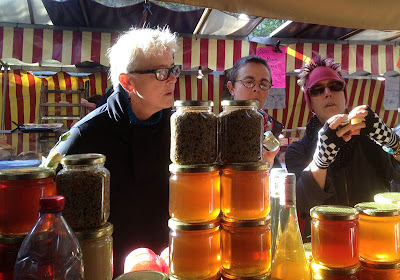 We had delicious fruits veggies from various markets including the very rainy Bastille. 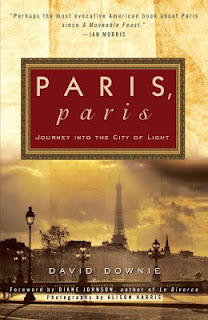 Sue and I planned a surprise tour with writer/historian David Downie. I had found his book "Paris, Paris" just before my first trip to Paris in 2011. David is an American living in Paris and has written essays about people and places, past and present. It is a most entertaining and educational read. Highly recommended if you have been or are going to Paris! 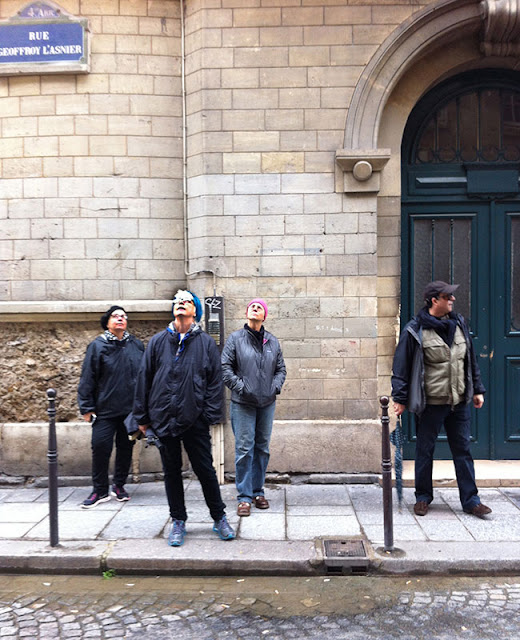 We learned so much about people, politics, buildings, very old protective walls, narrow roads, churches, coffee, cafes, gardens and squares...just to name a few subjects. One could wander the streets for days with David and only begin to tap his wealth of knowledge! 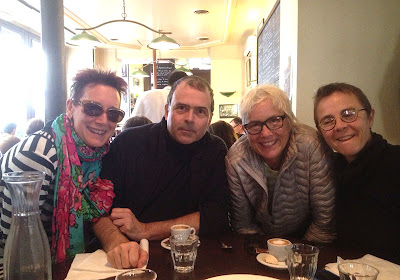 We also had a great lunch and a couple of first rate cups of coffee with a great speaker of the language! Thanks David for a really great day! 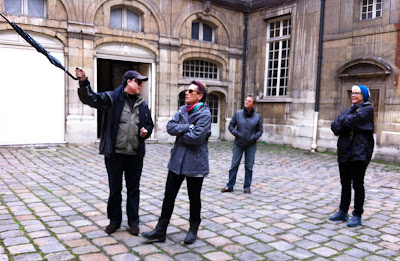 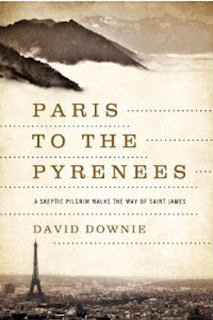 So we had a great week, food for the soul at every turn. Window shopping was so inspiring! Beautiful clothing, shoes, jewelry, art work, architecture, the people, the food, the river, the rain, the sun, the bridges, graffiti... 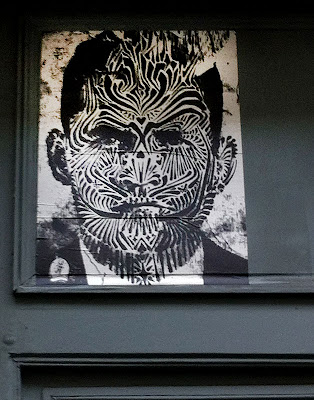 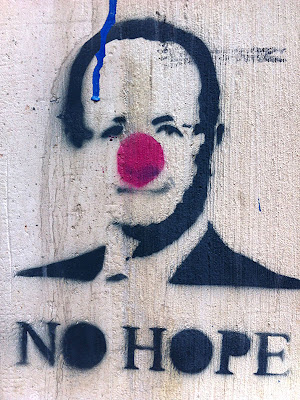 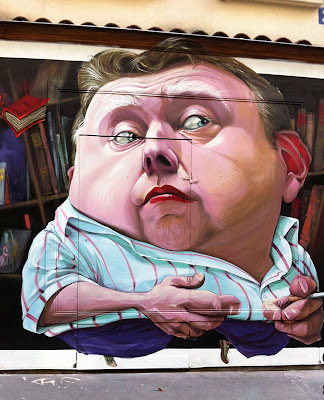 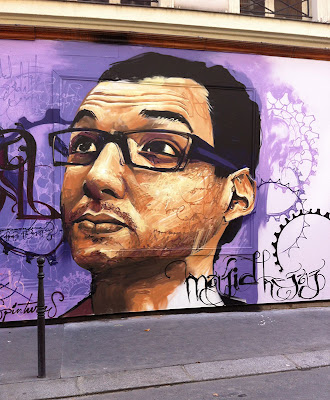 It was a great trip, with much left to explore.
And now it is just days away from our 21st Anniversary and I want to thank Sue for another great year of living the dream!! xxxx 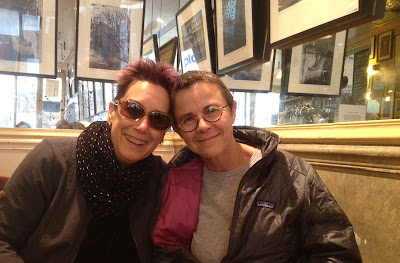 Posted by Tracy Stilwell at 3:00 PM

What a great trip! Thanks for sharing... 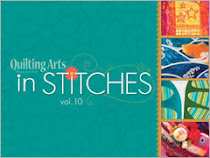 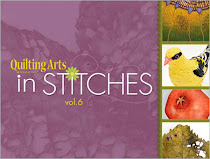 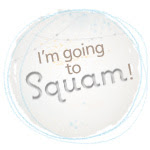 Not To Be Missed Miscellany